You’ve done nothing, you’re a lazy bum? Then invent a new gender identity!

Challenging children’s gender identity should be punished with similar penalties to rape, says Petr Hampl in his latest interview for Parlamentni listy. 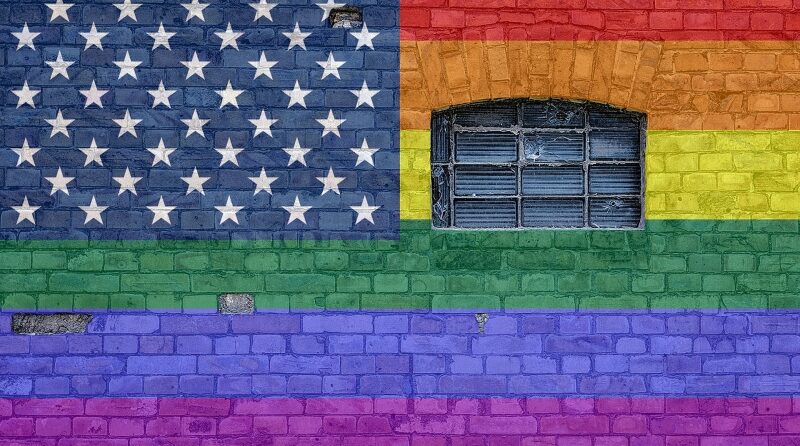 Do children need to be introduced to homosexuality, the possibility of gender reassignment surgery and LGBT issues in general in primary schools? What about in secondary schools?

When I was in school, the teacher and my parents told us to be careful of strangers, not to go anywhere with them and not to let them touch us. That was enough. That there were gentlemen who were into boys, we gradually learned. And we didn’t mind the delay. The model worked very well. Its only problem was that it didn’t provide enough opportunities for activists, nonprofits, and special experts.

After all, homosexuality isn’t the worst of it. There is now clear evidence that when children are not given the space to develop a healthy gender identity, when that boy-girl identity is disrupted from an early age, it leads to terrible psychological problems. Lifelong. Not to mention those tragic cases where children are manipulated into changing their sex, activists pump them full of hormones, puberty blockers and so on, then castration comes… and after a few years it’s discovered that it was a mistake and the body is surgically remade back again. Surprisingly, girls are much more at risk. They’re more conformist, they trust adults, they’re more easily manipulated. But even beyond these most extreme cases, it is clear that the distortion of gender identity has comparable effects on children’s psyches as sexual abuse. Challenging children’s gender identity should be punished with similar penalties to rape.

It is clear that the distortion of gender identity has comparable effects on children’s psyches as sexual abuse.

The world is changing a lot in this sense. Although sexual minorities make up only a few percent of the population, their issue seems to be one of the main ones – even according to the media. How so?

It’s never about the minority, it’s about those who are trying to cash in. And that is a huge group of activists, politicians, journalists and now corporate executives for whom it is a source of profit and power. Whatever rights or benefits are granted to minorities, they cannot stop because they need to demonstrate their efforts. They have to invent something new every year. And they are so powerful that no one can stop them.

Another factor has come into play. You’re nothing, you can’t do anything, you’ve done nothing, you’re a lazy bum? Then invent a new gender identity. That’s enough to move up, because it will allow many others to demand a budget to fight for your rights. I’m reminded, for example, of a Czech Pirate activist named Jirka Hejduk, who would be a desperate man even within the party – if he hadn’t started feeling like Georgia Hejdukova (female name). Now he is admired and he harasses many people for not recognizing his new gender.

It’s never about the minority, it’s about those who are trying to cash in

Do you agree with those who don’t like the progressive push for LGBT communities? For example, in the early days they only wanted civil partnerships or certain rights, but now it is supposed to be marriage or adoption of children. Are they going too far?

We should accept that the world is changing and that patterns of behaviour are evolving. After all, even monogamous marriage was once an innovation. None of the biblical patriarchs got by with a single wife. But it has to be a natural progression. Someone tries something, prefers not to talk about it too much, and then it turns out it wasn’t the right fit. After a while, someone tries something else. Then someone does something that’s considered scandalous. Then other people find out that it suits them too. Or they find out that it made their lives more complicated. It’s an ongoing, long-term process.

But this natural movement is being replaced by brutal crackdowns, censorship and persecution of dissenters. People are not allowed to slowly test what works for them and what does not. It is not through individual cases, but through massive changes pushed through changes in laws and inquisitorial tribunals. Of course it has gone too far! And there is already another long list of demands ready to be made. The relevant European association, for example, has already started working on the commercial production of tailor-made babies.

It should definitely be the case that the education of German children is decided in Germany and that of Hungarian children in Hungary.

It should definitely be the case that the education of German children is decided in Germany and that of Hungarian children in Hungary. Parents should definitely have a fundamental role. But let us be under no illusion that it is possible to limit other influences. Children go to school. Children spend time on the internet. Children talk to their peers. It’s always a whole combination of influences. I remind you that Hungary is not a rigidly religious country. Hungarian society lives freely. But the current attacks on the psyche of children go beyond all limits. If the Germans want to commit collective suicide, why should the Hungarians?

From interview for Parlamentni listy