EU leaders show desperation in their dealings with Hungary 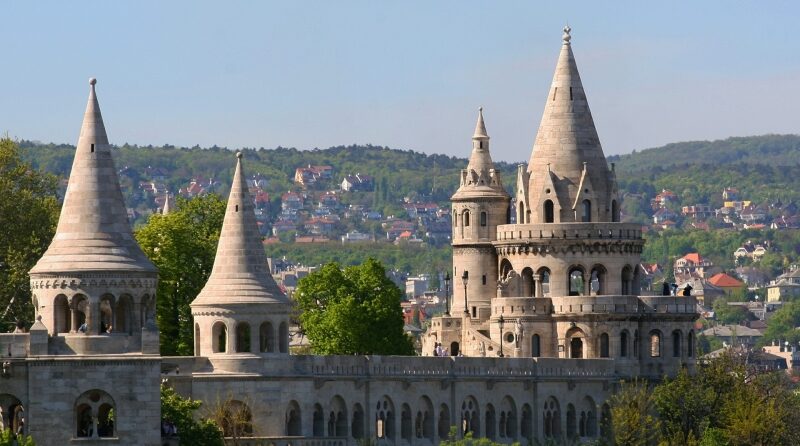 More than half of EU countries supported the declaration against Hungary, which passed a new law banning schools and media from showing children homosexual content. Hungarian Prime Minister Viktor Orbán then wrote in a samizdat letter that nonliberal democrats consider the sex education of children to be the right of parents: “Neither the state, nor political parties, nor NGOs, nor spiritual activists can play a role without their consent.” How do you see this dispute between the European Union and Hungary?

A good strategist chooses the time and place of the clash. And Viktor Orbán is a good strategist. He has decided that the moment is right for a direct confrontation, and he has it. If it was just about sex education, he could have pushed it through with a subtle decree. He is opposed by politically correct officials and politicians incapable of any conceptual thinking. They react in a completely mechanical and predictable way. Viktor Orbán relishes them.

These people are discovering that they cannot actually do anything. Invade Hungary militarily? With the last five tanks that are operational in Germany? Stop the subsidies? After all, that would hurt a narrow layer of Hungarian collaborators in particular. The most they can do is light up stadiums and run around with banners. Although, of course, they have another very tough measure in reserve. They can have anti-Hungarian flags made.

But the real losers are Orbán’s opponents in Hungary. The whole affair reveals fully that they are not on the side of the Hungarian people, but on the side of their enemies. And one more thing, note how the multinational corporations have reacted.

How did they react?

Nothing! In the Czech Republic they massively support anti-civilization tendencies. They force their employees to wear rainbow headbands and attend multicultural training. They fund various parades of deviants. They write pressure letters to the government saying that they must introduce gay marriage. We hear from them all the time that we are discriminating against someone. Branches of these same corporations – often run by the same managers – dare not even take a peep in Hungary. Because against the corporate sissies and sugar daddies there is a man.

If we want to keep the European Union together, liberals must respect the rights of non-liberals,” Orbán also wrote. Is the problem, in your opinion, a mutual intolerance of views?

You can talk about tolerance between equal partners. It is just that the EU mociples do not think that there is equality between them and the Hungarian housewives, that they can tolerate each other. They feel they are in a position to order anyone to do anything. When they can destroy anyone’s life at any time. Where they can treat people like building materials. And suddenly Orbán is talking about tolerance of equals. But they don’t even have the courage to say that they don’t recognise equality. More points for the Hungarian Prime Minister.

Because against the corporate sissies and sugar daddies there is a man.

It is certainly in the interests of the Hungarian people. But I believe that they will do it when they want to do it and when it is most convenient for them.

And he is not alone, the Portuguese Prime Minister said that Hungary can cooperate with the European Union purely on the basis of economic relations, just like Switzerland or Norway. What does such a proposal, even after the UK leaves the European Union, actually show?

I think it shows desperation. On the one hand, they do not want to let any country in and are capable of almost anything – bullying, punishing, complicating, making all sorts of obstructions. And on the other hand, they can’t stand a country that wants them to follow their own rules. They have diplomatic schools, but they can’t negotiate. They have teams of professionals at their disposal, but they are unable to devise a long-term strategy. They have intelligence services at their disposal, but they cannot navigate the situation. All that is left now is for the Dutch Prime Minister to weep demonstratively.

It has been suggested that only the Western and Baltic countries supported the declaration against Hungary. The Eastern ones, including the Czech Republic, did not, and thus the East is lagging behind in the human rights direction. Is the ‘backward’ East spoiling the cohesion of the Western states of the European Union?

Yes, the word ‘backward’ expresses it well. We are falling behind. Our minister Jana Maláčová’s attempt to force sex reassigment in kindergartens has failed. In Prague, you can go out on the street without being cut down screaming Allahu Akbar. However, it is shifting. We’re catching up. And if Ivan Bartoš (chairman of the Czech Pirate Party, ed.) becomes prime minister, we may get to the famous: Not just catch up, but overtake.

In Prague, you can go out on the street without being cut down screaming Allahu Akbar.

Is this water for the mill for critics of the European Union in the sense that Brussels is going too far and interfering with the rights of nation states?

There is no discussion here about whether Brussels is going too far. The debate today is, after all, about one side saying that nation states should be abolished completely and nations destroyed, and the other side saying that nation states should be preserved. Think, for example, of the Pirate MEP Gregorova, who claims to want to be governor of the Czech Republic one day. From their point of view, that is correct. Just as it is right from their point of view for the Union to allocate migrants, to impose new taxes, to determine what we can heat with, to imprison people who disagree, and whatever else.

From interview for Parlamentní listy.