A redneck is someone who is not afraid to ask politically incorrect questions and who is willing to accept politically correct answers. 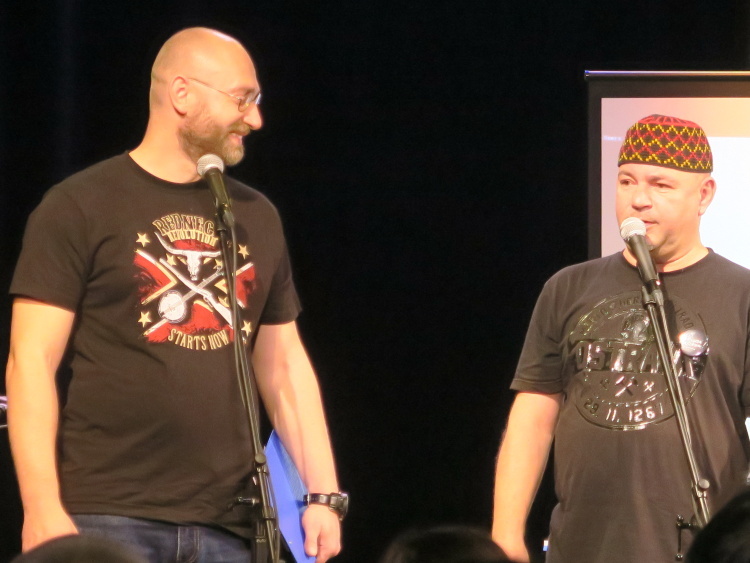 The phrase “redneck sociology” was coined by Czech sociologist Petr Hampl, Ph.D. He follows Karel Marx, Max Weber, Joseph Schumpeter, Karl. R. Popper, and Charles W. Mills, as well as contemporary personalities such as Peter L. Berger and Charles Murray. Although Hampl does not shy away from controversial topics such as migration, Islam, gender wars, sexuality, global warming, etc., his primary interest is the current conflict between working-class people and globalist elites.

Dr. Hampl´s relentless logic upsets progressives. Even in the relatively free environment of ex-communist countries, he is no longer permitted to speak at universities, and his access to mainstream media has been limited. He is frequently attacked by Soros-funded groups. In spite of this, Hampl is the most popular Czech sociologist, and his public lectures are usually highly attended.

In spite of this, Dr. Hampl is the most popular Czech sociologist, and his public lectures are usually crowded.

More information about him is available here.

His most famous book is the bestseller, Breached Enclosure: Why the West Is Being Defeated by Islam but Might Still Come Out Okay. Dr. Hampl builds on existing knowledge in his search for deeper roots. He does not dispute the devastating influence of multicultural neomarxism but asks why it beat out competing ideologies. He does not challenge the so-called “treasure of elites” but asks why the elite assert their interests in such destructive ways.

The book identifies the underlying mechanisms of civilization’s collapse, including large organizations, complicated bureaucracy, changes in social structure, a contempt for traditional values, and newly developed features of human personalities. It demonstrates a close correlation between all of these factors, suggesting that they are intertwined to such an extent that they cannot be dealt with individually. In his in-depth analysis, Dr. Hampl steers clear of secrets and conspiracy theories, instead utilizing only public information.

More information about the book is available here.

The book is available on Amazon.