Membership in the EU is a calamity for the Czech people

Imagine that somebody bombs your cities and later claims that he spent 700 billion CZK (35 billion US dollars) on planes, bombs and pilot training. Would you be grateful? EU subsidies are helpful only for a narrow stratum of professional swindlers. They do harm to most of the population. It is absurd to call them a benefit. 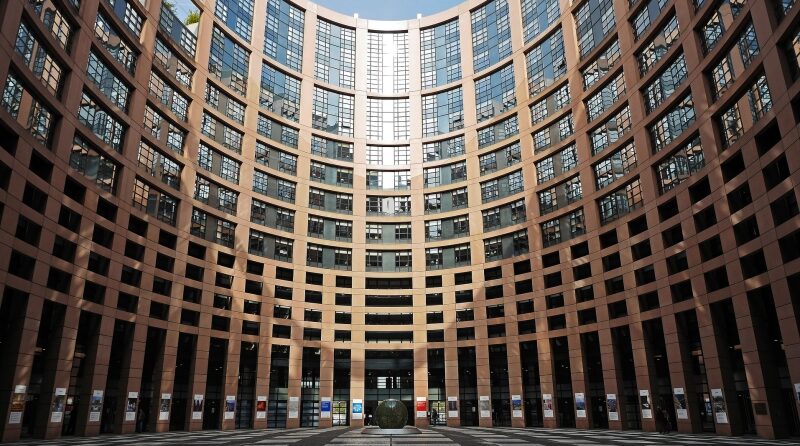 How are we doing? Some macroeconomists say that the Czech Republic is outpacing some Western European countries. Prague is one of the wealthiest regions in the EU. On the other hand, most Czech people have less saving than one month’s cost of living. Almost 900 thousand people have declared personal bankruptcy. This is almost one-tenth of the adult population.

I appreciate that you do not start with the stupid phrase ”we are better-off than before, and we are not thankful“. It is sad to hear things like that from professional economists. It has an analytic value. It is instead an admission card into certain social groups. To enter, you must articulate that the Czech people are very happy, that Russia is a threat and that Czech President Milos Zeman is a disgraceful xenophobe. Readiness to say such statements publicly makes you a politically correct person.

However, back to your question. It depends. Yes, some people live well. But others live badly. I suggest using the ”Preference Option of the Poor“, which is an originally catholic concept and which was specified by the American right-wing conservative Peter L. Berger. This concept says that the situation of the poorest 20% of society matters. Their standard of living, purchasing power, employment level, stresses, risks, opportunities for their children etc. are the metric to look at..

If we apply this metric, we see that the Czech Republic is in the worst situation in 50 years.

If we apply this metric, we see that the Czech Republic is in the worst situation in 50 years. We also see that the downfall did not happen after the end of communism, but after entering the European Union.

Are we an economic colony of Germany? If we are, can something be done about it?

I am afraid we are dealt with much worse than a colony. Colonial powers took resources, but – in return – they built an effective administration, limited corruption and asserted the most basic human rights; e.g. they abolished slavery.

Today we are squeezed out of resources, and part of this money is sent back. But our western ”partners“ do not invest in better administration. Definitely not. They invest in the destruction of democracy. They finance attacks on civil freedoms. They support the destruction of the family. They support spreading the nastiest ideologies. No power treated its colonies as badly as Western powers today treat the small states.

But everything is already owned by foreign investors. Can anything be done in such a situation?

It is essential to understand that the ability to innovate and the ability to start new companies is the critical asset of any national economy. It is more important than large established companies.

The government should look at whether there are a thousand new Czech companies and farms each year. Before joining the EU, this was normal in the Czech economy. Why not now? It is time to declare that thousands of regulations will not be applied to Czech small and medium companies. It could revive this sector, which international corporations and European bureaucracy currently crush. However, global corporations are strong enough to prevent such deregulation.

New Czech companies are not started. Established companies were given to foreign investors for free. The circle is closing.

One per cent of the wealthiest people on earth took four-fifths of newly created value last year (2017). The poorest half got nothing, according to Oxfam. Should national governments protect their people, middle class and small /medium companies in front of corporations?

Definitely, if you let global corporations enter your national economy, it will result in loss of freedom, destruction of the nation, and in the end, also economic destruction. Multinationals will drain you and eventually leave for a better opportunity.

I am from a generation, which can compare the impact of Marxist socialism and global corporations. The corporate impact on national wealth and quality of life is more damaging.

The trouble is that the corporations are not isolated. Corporate boards, the leadership of political parties, universities, top management of national ministries, big media, banks and international nonprofits all create a single social stratum. They don’t share values with ordinary working people. They hate the ordinary people.

There is only one remedy for that. Real democracy.

Migration became a political topic three years ago. We often hear that it is just populist propaganda because there are no migrants in the Czech Republic. Is that true? Is migration a real threat?

A demographic analysis by the Czech office of the Center for the Study of Political Islam was published a few days ago. If migration continues at the current rate, the change of population will be complete in four generations. There will be no Czechs in the Czech Republic! In 30 years, the size of the Muslim community in this country will enable them to impose Islamic law. It is already underway. The remaining people will submit or leave the country.

And we are discussing the most optimistic scenario, with gradual migration. The EU presses on the radical acceleration of migration from Islamic countries. No topic is more important. Only reckless demagogues can tell people that migration is not an issue.

My estimation is the Czech Republic will survive but will lose some regions. But it this is an optimistic scenario.

If migration continues at the current rate, the change of population will be complete in four generations. There will be no Czechs in the Czech Republic!

We have already got about 700 billion CZK of subsidies since entering the EU. EU fans take it as evidence of the benefits of EU membership. Critics say that most of the money is spent on useless projects and that we have to co-finance these useless projects. In the end, we are losing money. They also say that the EU imposes its political agenda on us through these subsidies. What is your view?

Imagine that somebody bombs your cities and later claims that he spent 700 billion CZK (35 billion US dollars) on planes, bombs and pilot training. Would you be grateful? EU subsidies are helpful only to a narrow stratum of professional swindlers. They do harm to most of the population. It is absurd to call them a benefit.

If the Western-European government think we owe something, let us reciprocate. How about delivering guns and bombs to Islamic radicals in their countries?

Would it be a disaster to leave the EU? If the EU continues its press on migration acceleration and with the free movement of all people, including migrants and terrorists, we may have no other choice.

It is a disaster to stay. Each year we are worse off than the year before, in measurable indicators covering areas such as industry, agriculture, infrastructure, education, security etc. There is no area of life with a positive impact from EU membership.

However, we can also imagine a very negative exit scenario. People would vote for “Leave“, but the entire state administration, companies and media are managed by EU lovers, motivated to create a calamity.

I hope not. Each of these nations has its own history, culture, customs and interests. European history teaches us that provisional alliances of free nations can be successful. Make an agreement, win over Osmans and go home. Creating empires brings only troubles. Freedom suits European nations better.

This interview was published in July 2018 at Parlamentní Listy.