It is much better to build a national economy on the craft and work of local people on natural resources. Massive mining can start only if we are ABSOLUTELY certain that it will not impact local industry and local agriculture. If we are not sure, let the resources sleep under the ground. It will not expire. 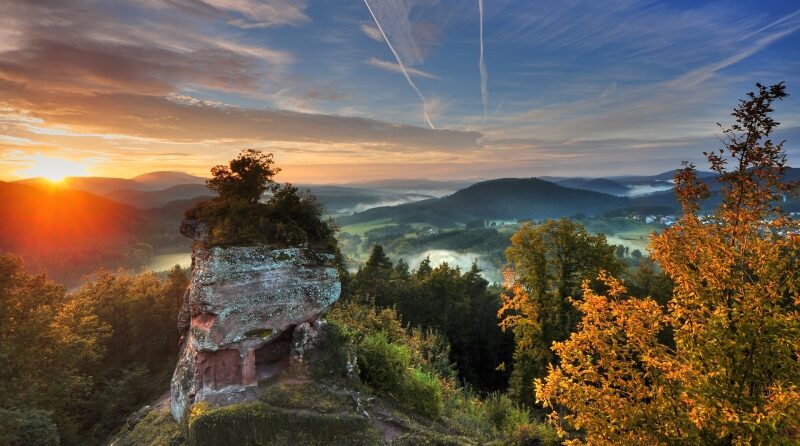 Lithium pool has been a topic of public discussion in the Czech Republic for many years. This debate is cyclical. Before each election, the politicians promise to guard this national fortune. After each election, they negotiate with multinational corporation.

Some years later, they will be appointed managers in these groups. They will advise to young people, on how to reach success, in their magazine interviews. These advisements will mostly consist of politically correct phrases and corporate newspeak that means nothing but makes speakers more honourable. Young, ambitious business enthusiasts will be excited. They will despise their parents, which are no so great. It will be forgotten that this big business hero has only one credit – his participation in stealing away his own country.

But let us move to a more general question. Is it right for a small country to mine such resources? Putting away current political disputes, there are two basic attitudes towards resources. Czech lands of the 19th century is a good showcase. There were big coal mines in several regions. Transport of coal to long distances was too expensive. Building processing plants next to mines was the most logical option. Smelting plants were opened, and machine industry followed. Most of them were small companies based on craft, skill and invention. Now we remind giants as Skoda, but shops with tens of employees prevailed. An economic miracle comes fast. If the expression „economic tiger“ were used in those times, it would describe Czech countries perfectly. Other crafts and services followed. Czech lands become the technical and economic heart of the Austrian empire, and later of the entire Soviet block. Coal mining was critical for reaching it.

However, there is also another way of using resources. We can see it in many countries in the third world. Valuable sources are found somewhere under the ground. An international corporation comes to exploit these sources. Activities of this corporation destroy local agriculture, culture and civilisation order. The corporation imports thousands of foreign workers. Its managers behave like invaders. Profits go abroad. Only slave labour and semi-slave labour stays for local people. The only „benefit“ of resources is a devastated landscape and disrupted society. Moreover, local rules are losing interest in local development because payments from mining corporation are sufficient for financing their well-being.

Of course, there are many situations „in-between“. Definitely, it is not true that finding resources is good for people in any country. Besides, Russia was quite helped by a decrease in oil prices in recent years. The government had to set better conditions for industry and business and put more focus on technologies. On the other hand, imagine that fantastic underground resources were found in Bavaria. Would it make sense to destroy their farms, tourism and thousands of small companies? Would it be good for local people? Would it help to their lifestyle?

The extremely expensive recultivation of the landscape will be financed by foreign banks. It will result in loans that will be paid for decades. By taxpayers.

We should look at natural resources with a big portion of scepticism. The Czechs have already experienced two big disappointments. An exciting idea of an economy based on foreign investment appeared in the middle of 90th. Many people saw themselves on positions of corporate top-managers. Many expected a Czech Silicon Valey to grow up next to Prague. Now we see real results. A plundered country that sends billions of USD to corporate headquarters each year. Profits for multinationals, poor wages for local people. The wages are often below necessary living costs so that the corporation need to bring foreign workers. Destruction of Czech companies. And a doubtable privilege to pay „investment incentives“. A few years later, EU subsidies came. Beautiful vision again, bad results again.

It is reasonable to expect we will get only devastated countryside, instead of promises of becoming rich. The extremely expensive recultivation of the landscape will be financed by foreign banks. It will result in loans that will be paid for decades. By taxpayers. The country will also be damaged by the import of thousands of foreign workers, with an impact on security and other areas of life. Moreover, we will pay „investment incentive“ to a corporation that will také over the resources. Mr. Zaoralek, our foreign affairs minister, already threatens that the mining corporation will leave, if we not pay. As is lithium pools were everywhere, and Europan Metals Holding was the only one.

It is much better to build a national economy on the craft and work of local people on natural resources. Massive mining can start only if we are ABSOLUTELY certain that it will not impact local industry and local agriculture. If we are not sure, let the resources sleep under the ground.  It will not expire.