Jan Keller: When the elite can’t even make promises

It is part of the basic political alphabet that before elections people should be promised prosperity. Different parties on the political spectrum may (indeed, must) differ in their prescriptions for achieving it. If they do not have at least slightly different recipes, the political game would cease to make sense. The question is how the game will change when none of the parties involved dares to promise prosperity to the people anymore.

The political scene is not ready for such a thing. For more than thirty years, parties from right to left have raced to assure the citizens, voters and even workers that they, and they alone, will surely guarantee prosperity.

When things started to go wrong, a rather simple excuse was first found. It was all the fault of the last government. The nation simply blew its own chance for prosperity temporarily, and now it will be up to the best of us to bring it back, despite our hesitations and mistakes.

For the first time, we will therefore witness first-hand how political parties in the electoral contest trump each other with promises as to which of them can carry out the impoverishment of the electorate more competently.

At this stage, everything still looked quite optimistic and, with a little sense of black humour, perhaps even amusing. Today, however, we are much further along. There will be no prosperity. It will not, even though the most capable have finally taken the lead. Now we will see how elections are won with the slogan: “We are all going to get a little poorer.” This new election slogan, which Czech Prime Minister Petr Fiala came up with, tries to retain some of the obligatory pre-election optimism. We are assured that we will get only a little poorer, and that our neighbours will get poorer too. However, after we have already almost had a handful of Portuguese prosperity, this is still a little too little. All the more so as this is straightforwardly prescriptive disinformation. It is not true that everyone will get a little poorer. Some of the distributors, the traffickers who have been allowed to parasitise on distribution, all those who are glued to its thinning flows, will become enormously rich from the rise in energy prices. To ensure that these winners of scarcity do not lose the money of the poorest households, who could no longer afford to heat, cook and light at “standard” prices, the Fiala government, with its proverbial concern, will squeeze them with the hundred billion collected from the still slightly more affluent taxpayers.

For the first time, we will therefore witness first-hand how political parties in the electoral contest trump each other with promises as to which of them can carry out the impoverishment of the electorate more competently. It is as yet untested how such elections may turn out. All we know for sure for now is that, by all accounts, political contests can be run without real visions, without credible programs, without substantive arguments, without experts and without political personalities. We know that even without all this, it is possible (after some modification of the electoral system) to win elections gloriously. But competing for the electorate’s votes without even a remote semblance of prosperity has never been done before.

Jan Keller is a Czech professor of sociology 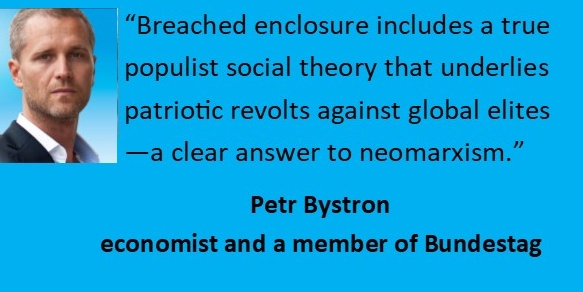