In 2018, Petr published his first book, Breached Enclosure: Why the West Is Being Defeated by Islam but Might Still Come Out Okay. This book, written and published in Czech, became a bestseller on the Czech market with over 17,000 copies sold, making it the highest-selling sociology book in Czech history. Professor Jan Keller, a member of the European Parliament at that time, wrote the foreword. 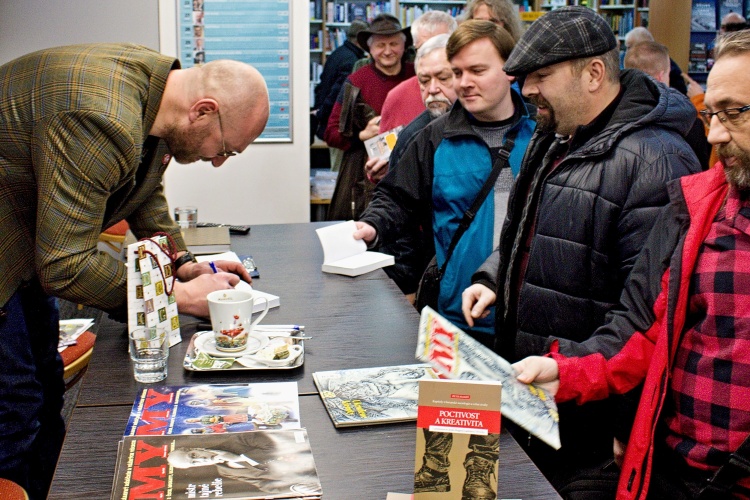 Robert B. Spencer, a New York Times Bestseller author and editor of Jihad Watch commented: “This extraordinary book answers questions that everyone should be asking, but no one is: how has the West lost its mind and made up its mind to commit civilizational suicide? And why do so few people even realize that this is happening, and even fewer care? Why are most people ignorant, and the rest resigned and fatalistic?

The answers given to those questions and related ones in this book are fascinating and compelling. This is the first and only book to tackle in such depth and from such an enlightening perspective the puzzle of why the free world has now determined to ignore the obvious and, like a massive gang of demented five-year-olds, to play pretend to the end, even if that end means their own destruction.“

An English translation of Breached Enclosure was recently published by Arktos Books.

In 2019, Hampl also published in Czech a selection of essays under the title Fairness and Creativity: Chapters from Redneck Sociology.

In 2020, another book was published. It is called Road to Serfdom, and it is available only in Czech.